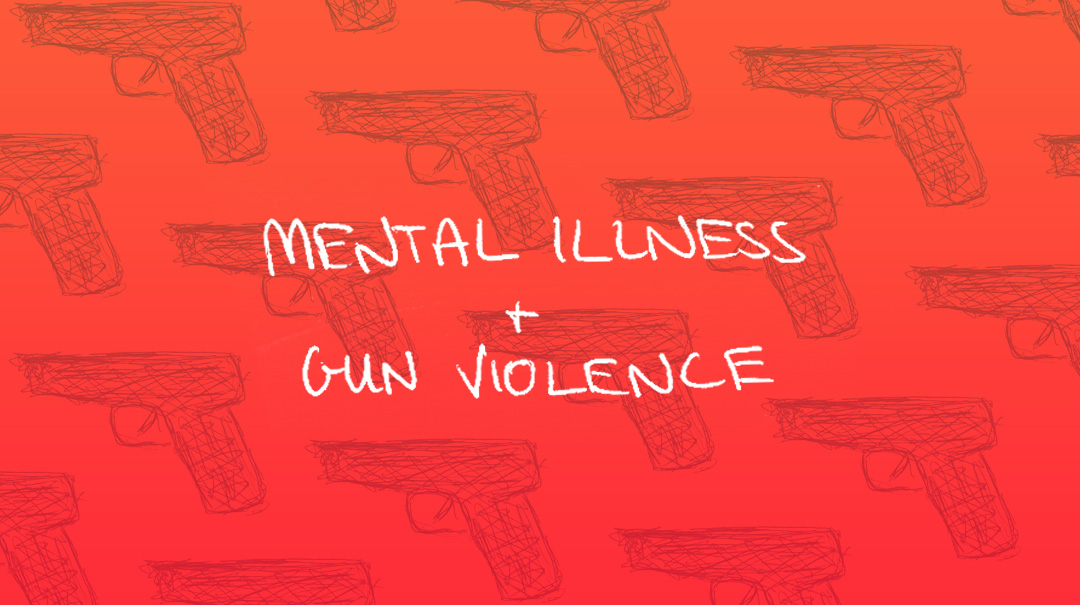 In the months since February’s school shooting in Florida, communities, lawmakers and young people themselves have been questioning what could have been done to prevent the loss of life and ensure that gun violence does not continue to occur.

In the immediate aftermath, as President Trump cited the shooter’s mental health as the cause, the conversation focussed on mental illness as the reason for many school and public massacres. The larger debate around causes has focussed on access to firearms versus the mental health of the shooters. Setting aside this dispute about the reasons for mass shootings, the repeated assertion that mental illness is the underlying cause has a number of impacts.

Mental illness and violence have a complex relationship, with a number of misconceptions and assumptions. The touting of mental illness as a major cause for acts of extreme violence is both incorrect and harmful. In the aftermath of the shooting in Florida, various mental health professionals called for public figures to think about how they speak about violence and mental illness.

“[W]ithin hours of the shooting – before the name of the shooter was even released – non-medical professionals, including the Superintendent of Schools in Broward County, made their own diagnosis. They said that the shooter must be “insane”,” wrote Paul Gionfriddo, the President and CEO of Mental Health America.

“There are millions of people in America living with serious mental illnesses who never have a violent thought in their lives. So why do we automatically assume that all shooters have mental illness?”

The American Psychological Association, the largest scientific and professional organisation of psychologists in the US, echoed these calls.

“While law enforcement is still piecing together the shooter’s motives, some public figures and news reports are focusing on his mental health. It is important to remember that only a very small percentage of violent acts are committed by people who are diagnosed with, or in treatment for, mental illness,” said Jessica Henderson Daniel, the President of the American Psychological Association.

As the Australian Government’s Mindframe National Media Initiative sets out, people with mental illnesses are no more likely to commit violent acts than members of the wider community. Mindframe sets out guidelines for organisations and people like journalists, health care workers and the police, on how to responsibly report on mental health and suicide in the media. Responsible reporting of mental illness in the media is important because of the stigma and myths about mental illness that continue to persist. (this resource has been moved from their website)

People with mental illness are no more likely to be violent than those without. In fact, only 3 to 4 per cent of all violence in the US is attributable to people who have been diagnosed with mental illnesses such as schizophrenia, depression or bipolar. A study in the US found particular demographic groups had an increased risk of violence, namely younger individuals, males, those of lower socioeconomic status, and those with alcohol or illicit drug use issues, regardless of whether mental illness is present or not. Although there is a slightly higher likelihood of violence among those with complex mental illnesses, much of this could be attributable to factors such as substance abuse issues, having a history of violence independent of the mental illness, or not receiving appropriate treatment.

People with mental illnesses are also much more likely to be victims of violence than others. They are at a higher risk of homicide, suicide and self-harm. In cases where people with serious mental health conditions are involuntarily admitted, such as schizophrenia, severe depression or bipolar illness, the majority of situations arise not because people are a danger to others but rather, because they are a danger to themselves.

This increased likelihood of people with mental illnesses being victims of violence manifests in tragic ways. In the US, those with mental illnesses are much more likely to be assaulted by others or shot by the police than be perpetrators of violent crime. Closer to home, the ABC recently reported that of 35 police shooting deaths in NSW over the last 20 years, more than half were of people who had mental health diagnoses.

NSW Greens MP, David Shoebridge, has been looking into deaths in NSW due to police firearms. In the ABC report, Mr Shoebridge identified the combination of two factors, the under-resourcing of mental health facilities and a lack of training for police in dealing with mental illness, as what lead to these deaths. Last year, the Queensland coroner recommended that the police treat mental health as “core business” in the wake of five deaths of people, all of whom had a history of mental illness, who were shot and killed by police.

As policymakers and politicians argue about the causes for gun violence, as organisations tally how many shootings happen in US schools, and closer to home, as those with mental illnesses make up more than half of police deaths in NSW, it is vitally important to find ways to talk about mental illness and violence with nuance, understanding and an informed awareness.

As Jessica Henderson Daniel, of the American Psychological Association, said:

“Framing the conversation about gun violence in the context of mental illness does a disservice to the victims of violence and unfairly stigmatizes the many others with mental illness. More important, it does not direct us to appropriate solutions to this public health crisis.”

Now, as ever, finding appropriate solutions is hugely important and should be the focus of researchers, policy makers, politicians and members of the community.