He’ll Be Right: My Journey with Anxiety 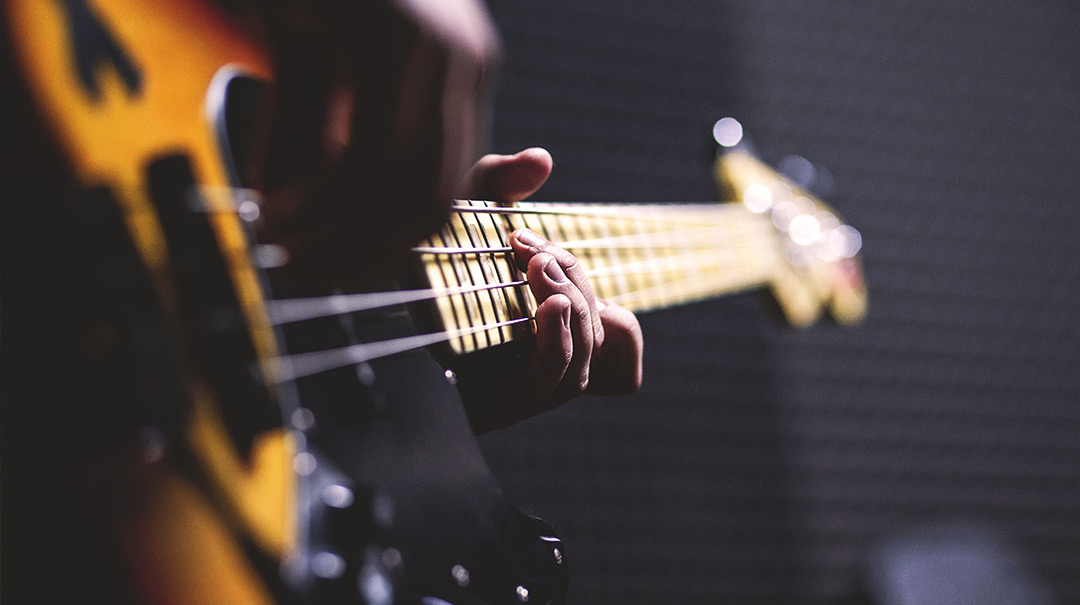 I was probably always what people would assume was just shy, as a child, but there was always that worry that other kids didn’t seem to have. Things got really bad around Year 7, when I was going into high school and I wasn’t dealing very well with all the social changes and I started to withdraw more and more and I stopped going to school often. It just kept getting more and more difficult to force myself to go. I started seeing a team of people but they were pretty bad at what they do.

I was extremely depressed; the anxiety was a problem. I was ashamed of all of that, being found out by my peer group. I mean, things have improved in these last twenty something years but certainly, at that point in time, men were not supposed to be depressed or have feelings. You were supposed to just be confident and that’s the sort of image that was in Australia. And that definitely was not very helpful to me at that point in time. I know I would have taken my own life if I knew my peers had found out about it. That was the level of shame around my anxiety and depression. The team that I saw, they gave up on me when I was at such a young age, it might have been Year 8. They said I could keep coming but they didn’t feel it would be helpful and this was a team of people who were supposed to be experts in their field. I had to learn how to do it on my own without anyone’s help.

I was spending a lot of time on my own, not doing much. I was still managing to keep a few friends, but I was still hiding it from them. Definitely all that time, in those formative years, being away from those social interactions certainly didn’t help. My social anxiety was really terrible; just being able to communicate with people I’d met was very, very difficult. Things that seem crazily trivial now were impossible to me at the time.

This sort of stuff was not really well-established – depression, with men, even for women as well. There was certainly stigma, but more so for men. You look back on things like postpartum depression and things like that, it’s a really only very recently in the last 10, 20 years that there is a mainstream understanding. And with men, there’s always been that sort of, particularly in Australia as well, that macho sort of society; you suck it up, you know. I think that’s overall been damaging for me and for many men. I mean, look at the suicide rates with young men and feeling like you can’t speak about these things, feeling shame to be able to speak about these things, bottling it up, not having an outlet.

That feeling of hopelessness, the impossibility of change, and all that stuff, there were definitely times when I had that feeling of hopelessness and “this is never going to change, this is all I’m going to have and is there any point to life?” Being able to find those first steps, I think, are so important. You look at that cliff face and you want to get to the top and you think “maybe these steps will work” and you get up that first step and you look back and you can look back and think “this is how far I’ve come, this is progress, I’ve done something”. It is so important to just be able to say “this isn’t hopeless, this isn’t all I have for life, I can move on, I can progress and it’s a hard climb but I can get to the top, and that was something that’s a huge thing for getting out of that point, just making that small amount of progress and I did it clumsily and I did it without help.”

Those first steps are often times so difficult and so stress inducing but I think that helped me. When I am feeling down, even now, when I’m down in the dumps and the anxiety is bad, I can look back and think about how far I’ve come. Even if I’m focussing in my head about all the negative, all the bad things, I remind myself that this is the progress that I have made, from not leaving the house, never wanting to leave the house on my own, to living a fairly productive life.

It’s been good going to the Anxiety Support Groups. It’s helping me to look constructively about what I did. I remember the first or second group I went to, there was this guy who had a daughter who was 20 and she’s not leaving the house and ” you seem confident, how did you get from there to where you are?” and I kind of just froze because I thought, “well, how did I do these things?” Unfortunately, it takes a lot of distress, a lot of pain, exposure therapy, also challenging thoughts has been helpful but not to a 100 per cent. I know I’m being irrational, I know when the anxiety is setting in, it’s not a logical thing, because I’m quite a logical person, most of the time, but it doesn’t make the feelings go away either. I guess mostly, it’s been really just exposure, putting myself in difficult situations, continuing to do so. I didn’t actually think I’d benefit from the support groups but I went as something that would make me uncomfortable, make me feel anxious, to challenge myself.

Going to the group was helpful, I have been open about things with friends, with family in the past, but until that point I’d never spoken to someone who had a similar experience. And I guess in those first few times at the support group, what made me keep wanting to come back was not just that it was good and freeing for me but some people did seem to take something from some of my experience, about what things have worked for me. It’s good to always note that everyone’s different and it’s not an exact thing with psychology. What things help someone won’t necessarily help someone else but still. It did make me think maybe I have something to offer in that area. I met someone there who works as a peer support worker, which wasn’t a job I was aware of existing prior to that, and so I thought that’s something I’d like try to do.  One of the facilitators suggested maybe I wanted to try to facilitate a group so signed up for the training and I have started doing that as well. I have seen a few different psychologists, things like that, that have made suggestions to me a lot of which hasn’t worked necessarily but it’s still good, valid information that could work for other people.

I have always struggled with being vulnerable and trying things that sort of putting myself out there and saying “this is the best I can do” and then the possibility of people saying “well, that’s shit.” So that’s always been a difficult thing for me – failure, fear of failure.

When I was younger I would tell people I was sick, just say sick, and try to avoid questions. I must have been 18 or something at that point and my friend and I were just hanging out, talking, and I told him about being depressed. I was thinking it was going to be such a big thing and then he was like “yeah, I’ve been depressed in my life as well”. I thought “well, that didn’t go so bad” and it was really kind of a blasé thing for him and then we went down and I told my other friend and it was quite freeing to sort of be able to talk about it and not be harshly judged. Some people see me go through some pretty bad times but those close friends I had made at that point are still good friends of mine now.

It does help me to go through certain scenarios in my head, most won’t eventuate but I try to think of the worst things that could happen and think “can I be okay with that?” Unfortunately, bad experiences are going to happen and, you know, my bass teacher, when I first started playing said, “everyone makes mistakes, it’s how you recover.” Because you’re going to make a mistake, but you can’t just stop playing. You’ve got to get back into it and just keep going and try to make it as minimally impactful to the song as possible. Same with life. Try to take in that damage and not have it be something big. And over the years, I have gotten better with things like obsessing for weeks over if I’ve said something or done something or even silly, little things like you know when you go to pass someone and you both go the same direction, I think about it for hours afterwards.

I would love to be able to work with young people with anxiety, you know, being there for people, when I was most alone with it but just doing something, doing these groups and stuff, you know, trying to be helpful to people.

If you would like to know more about anxiety, contact us at the WayAhead Anxiety Disorders Information Line on 1300 794 992.