A state of mind where a person believes that others may be trying to harm them. It may be a feeling that someone is watching them, listening to them, or following them. It is a thought process that is influenced by anxiety or fear that may lead to delusion and irrational thinking or behaviour. It generally includes a belief of persecution or conspiracy. 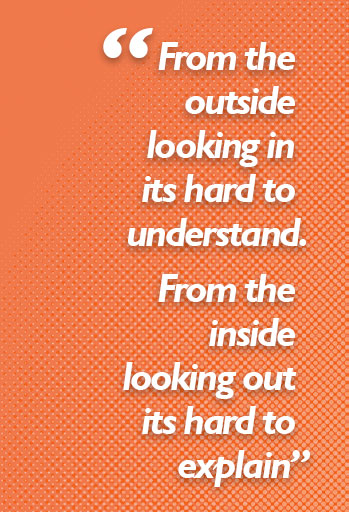 Signs and Symptoms of Paranoia

Mild thoughts of paranoia are common in the general population but generally recover naturally. Long term paranoia may indicate a symptom of a mental disorder, substance abuse, dementia or other medical conditions. Symptoms include a feeling of distrust or suspicion of others or more complex signs such as conspiracy theories that may involve higher entities, such as government. Paranoia may stem from an increased sense of self importance, that makes other people take notice of them. Paranoia does not necessarily come from a mental disorder.

If you or someone you know is experiencing paranoid thoughts that lead to distress, it is important to seek professional help. This may be from a GP to begin with, or a counsellor, psychologist or psychiatrist.

A doctor may perform tests in order to assess the person’s level of paranoia and rule out any other medical conditions. A mental health assessment will likely be performed, including a full medical and family history, any medications or other drugs that are currently or previously used, and any other known conditions that may be a factor in the paranoia. It is difficult to diagnose as the person may believe that the doctor is conspiring or they may have a fear of hospitals, treatments and doctors.

It is necessary to try to determine the underlying cause of paranoia in order to find the correct therapy and possibly medication. A person with paranoid thoughts may have difficulty trusting a doctor or mental health professional and may resist treatment.

When attempting to help a person with paranoia it is important to avoid telling them that they are imagining it, out of touch, or other references such as crazy. The thoughts are very real to the person and they need understanding and support.

Encourage the person to seek help for their thoughts by seeing a professional.