A meeting of like minds: A case study in financial wellbeing in the workplace 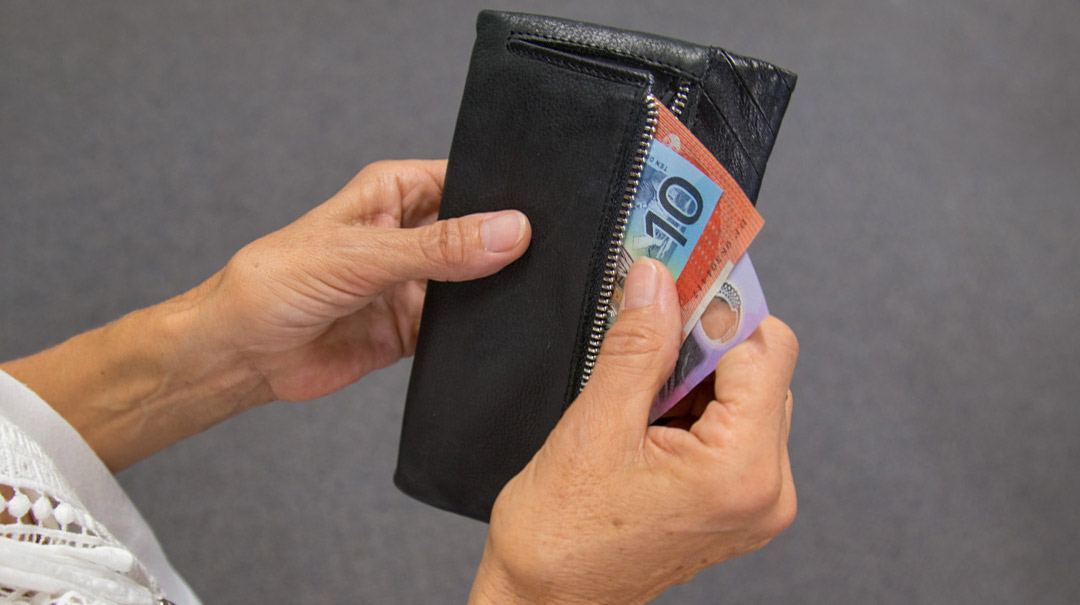 There are many stresses that impact on how we manage our day-to-day lives, including how we perform in the workplace. One of these is financial pressure, particularly for those who are nearing retirement age. For Darren Smith, of Queensland-based financial advisory firm, Financial Advice Matters, and Peter Gould, of Redland City Council, financial wellbeing for employees was something that both men had been thinking about deeply.As Redland City Council’s Service Manager for Workplace Health, Safety and Wellbeing, Peter and his team had done research into the concerns of his workforce, with concerns about finances highlighted by many as a major source of stress.“With a workforce of 1000 and 62 % of workers over 40 we have an ageing workforce risk to address. We did look at our EAP Data and a lot of feedback was people have money stressors.”

Darren, the Managing Director of Financial Advice Matters, had also been looking into working long-term with organisations to support their employees to be more confident with finances.

“We tried approaching lots of different organisations because we knew there was a benefit in what we were doing…first couple that we dealt with [that] just wanted to run individual sessions, like on budgeting, and through that experience we very quickly learned that doing those one-off sessions, while we can do it and while it might provide limited benefits, the real value of this program was having a group of people coming consistently…What the real breakthrough was for us, and with Peter, was he could commit to his staff that we were there for the next twelve months so both of us were committed to making it work and improving along the way,” said Darren.

When Darren and Peter sat down for a meeting after connections made through WayAhead Workplaces meetings, they knew that there was an opportunity to support employees with sound money management advice and to improve general wellbeing.

“[Peter and Naomi, also of Redland City Council] went through what they were doing and what was important to them and what they are looking for and, at the same time, we could share with them what we were planning to do…We never really looked back. We clicked and found that we had common beliefs and values and that made it really easy and it’s just seemed to go from strength to strength,” said Darren of their first meeting.Although Redland City Council had run financial advice sessions in the past, the program set up with Darren’s Financial Advice Matters firm was different. Meetings between the two resulted in trialling a program, open to all council employees, which would run for a full twelve months. This was a long-term commitment that both organisations pursued.

“We were really conscious when we started to look at rolling out this program that we actually wanted to work with employers for a longer period. We didn’t want the one session type of organisation, we wanted someone who was going to have an ongoing commitment because we knew that was the only way you were really going to get trust with the people that were attending,” said Darren.

“We worked out from the research where were the key elements of stress, what did we know from our own experiences with clients. We then put up a draft with twelve modules…that we think that if you took your staff through this program, they’d have a lot more confidence, in an environment where there’s absolutely no mention of product, there’s no agenda other than trying to give them some practical skills and make it relevant to the bits that were stressing out most people.”

For Peter and the team at Redland City Council, the ongoing support and the way Financial Advice Matters tailored their program and worked with employees to educate, rather than promote further productions was important.

“We have lots of staff with retirement on their minds and we acknowledge that it creates stress and leads to compromised wellbeing and therefore illness and absences. We wanted to be on the front foot and have a partner that would deliver education and not a sales pitch for select products in the financial space,” said Peter.

“We want people to have more confidence and make informed decisions. If they then choose to work with us, post that, that’s great. But what’s actually happened at Redland, is that people who already had other advisors, it’s put them in a position where they can go telling that advisor or ask more informed questions…Pete and I reflect on this, that longer term commitment, if you’re getting into those types of programs, it’s much harder for people who just want to sell to actually survive in that environment because they won’t put in the ongoing commitment and they won’t invest,” Darren said.

“Staff Members have enjoyed the opportunity to ask questions freely and without a product obligation,” said Peter, of the experiences of employees with the program.

The financial wellbeing sessions are also connected to other programs, such as Redland City Council’s Transition to Retirement Program and Return to Work services, with great outcomes for the employees involved. For other organisations,

For both Peter and Darren, the WayAhead Workplaces Network has been important for connecting them with each other, as well as other likeminded organisations and individuals.

“We treasure our WayAhead Workplaces membership and the opportunity to network and learn that it provides. We really value the partnerships that can develop for WayAhead Meetings,” said Peter.

“We love WayAhead because that means there’s lots of people with similar values and beliefs around total wellness. For us, that’s a much easier conversation. We’re already on the same page on many respects; it’s just what the tailored solution might be to work with what they’re already doing.”

The financial wellbeing solution that Redland City Council and Financial Advice Matters have found together for the council’s employees seems to be paying dividends. Their approach is something that Darren is keen to see elsewhere.

“Financial needs, and financial wellness, tends to be one of those things on the list that gets deferred and people are saying “I should look at that”. Our challenge and our opportunity is really making sure they see that they must do something about it – whatever it is and whoever it’s with – turning a “should” to a “must”,” said Darren.

From his time working in the space and seeing the good work that Redland City Council does for its employees, Darren has some insights for other organisations that are looking to implement similar programs for their benefit of their employees.

“I think providing [a program] in the workplace is absolutely a must and sponsoring it during work hours, I think is an absolute winner for Redland for them, saying to their employees “here’s an hour of work time for you to invest in yourself and strengthen your confidence in this area”…We just don’t see it too often in other organisations, it’s normally a “let’s do a quick breakfast before work” or “let’s do it during lunch” or “let’s do it after hours” and unfortunately, employees don’t then see it as a benefit, they see it as another requirement of work. I think it just becomes a barrier as opposed to a positive,” he said.

“I think the biggest challenge that I get, even from HR managers – which sometimes surprises me – is “what are the real, tangible benefits of it? Show me the numbers.” “Well, I can show you the research that says what all of these factors compound to, and the impact it has on productivity, let alone the health of your employees” but really what we’ve got to do is get people going through this program and get their feedback…that’s what we’re starting to do with Redland… because these people’s reaction to that, that’s much more powerful than any number I could give to anyone.”

Peter Gould, of Redland City Council, and Darren Smith, of Financial Advice Matters, spoke to the Brisbane meeting of the WayAhead Workplaces Network on Wednesday, 14 February 2018.